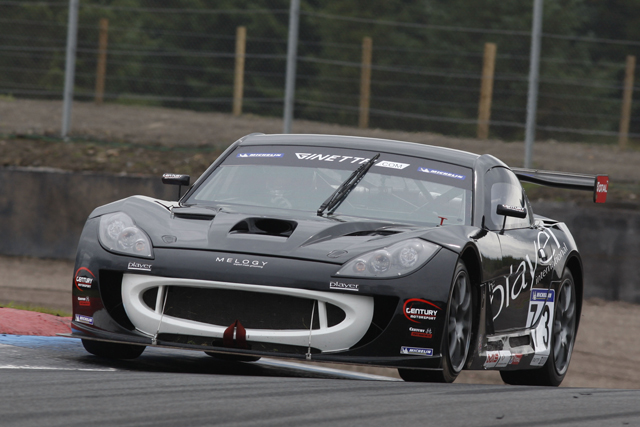 Century Motorsport makes history for the second time this year, as this weekend, we celebrate being the only team that both started in the first race of the Ginetta GT Supercup and the G55 class ten years ago, and are still there in its final race. This weekend we head back to Brands Hatch for […] 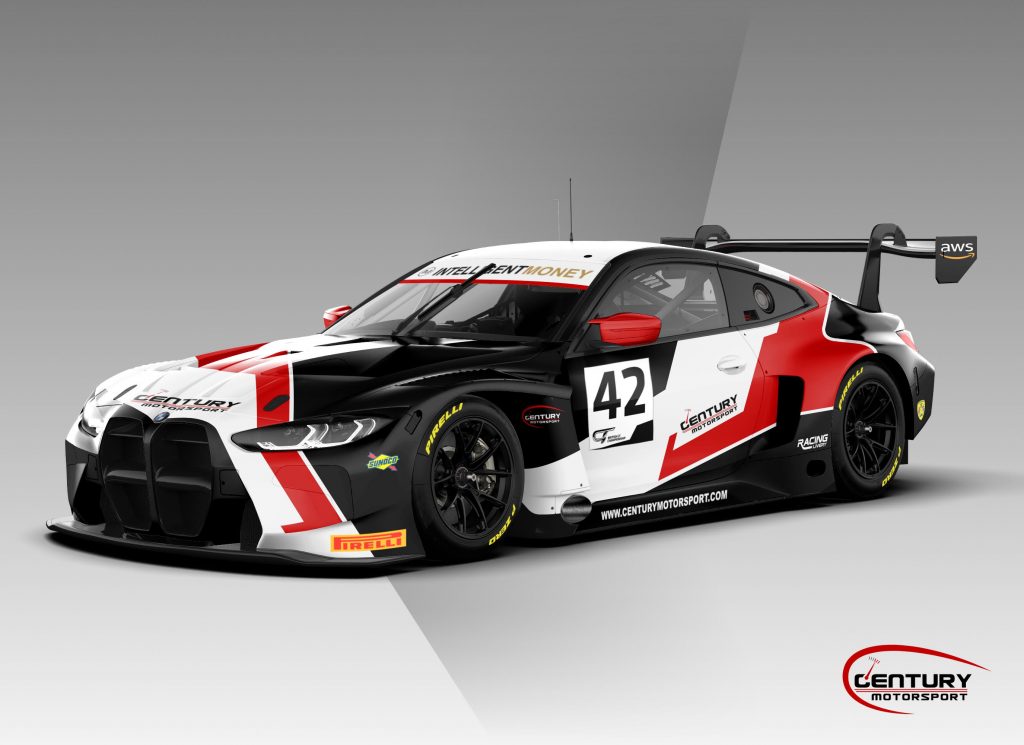 The two time British GT Champions, Century Motorsport are set to return in 2022 with a confirmed three car entry. Century will be entering their title winning GT4 M4’s alongside the brand new M4 GT3. 2019 was the last time Century entered a GT3 on the grid. 2022 will see at least one car on […] 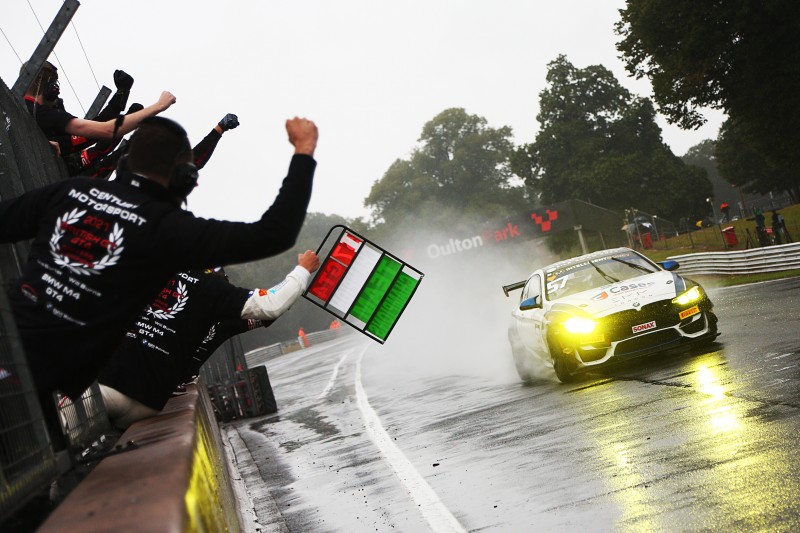 A hat-trick winning weekend for Team Century saw them walk away with not only the race win but the 2021 British GT Teams and Drivers Championship. Century are the first team, since 2015, to claim the title on the penultimate round of the season.  Heading into the weekend, Will Burns and Gus Burton had a 44.5 […] 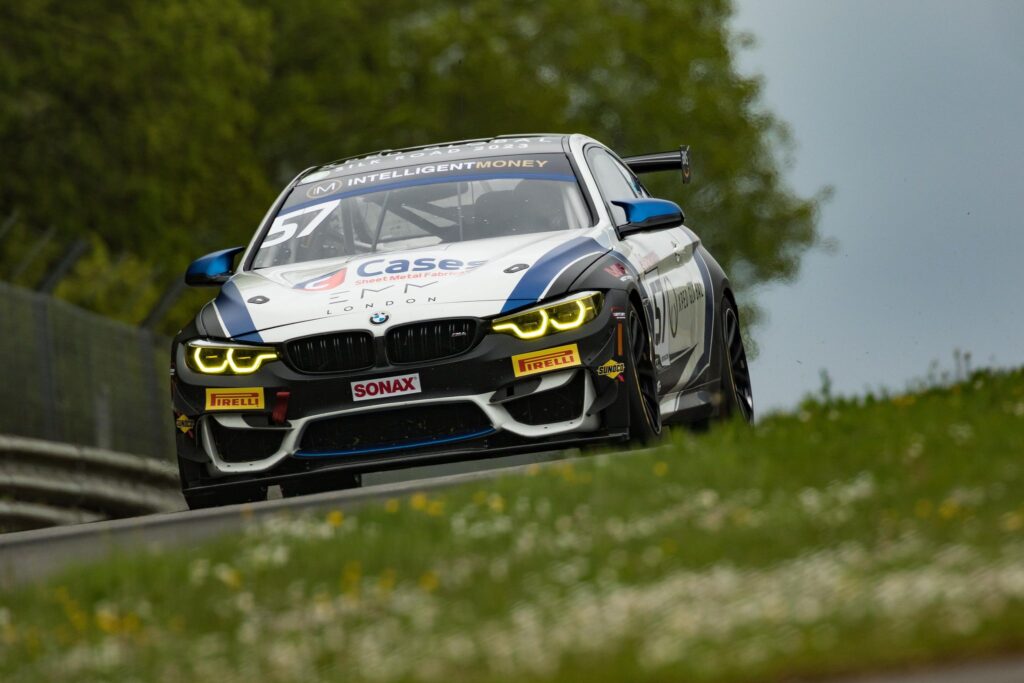 Century headed to Brands Hatch over the weekend for the opening round of the British GT Championship. A successful weekend for Team Century saw Gus Burton and Will Burns take home both the pole position and the win, while Andrew Gordon-Colebrooke and Chris Salkeld crossed the finishing line in P1 in the Pro/Am class category […] 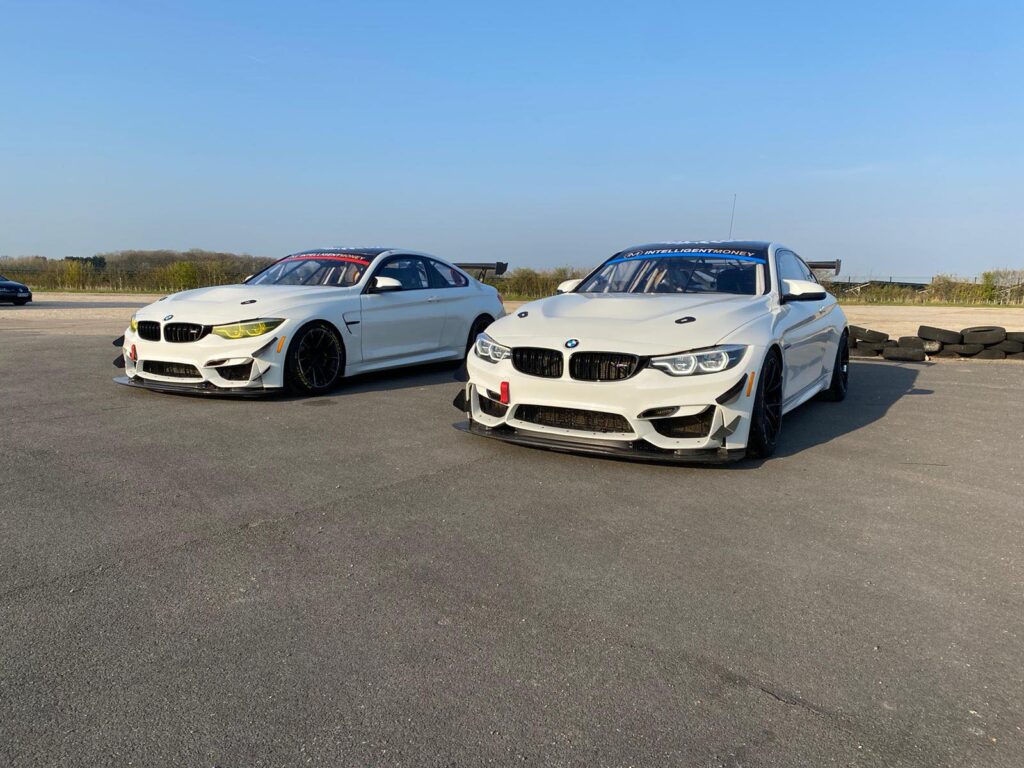 Century Motorsport has revealed the two driver line-ups with which hopes to reclaim the Intelligent Money British GT4 Teams’ and Drivers titles this year. Reigning SuperCup champion Will Burns will partner vice champion Gus Burton in the #57 BMW M4 GT4. While Century’s regular Andrew Gordon-Colebrooke will be joined by Yorkshire based Chris Salkeld in car […]

17-year-old Blake Angliss has confirmed that he will be taking on a bigger challenge this year with Century Motorsport. After initially announcing the step up from karting to Ginetta GT Pro, Angliss’ new decision means that he will now be joining the main Ginetta GT4 SuperCup grid for the 2021 season. The team are confident […]

Salkeld steps up to British GT with Century Motorsport and BMW 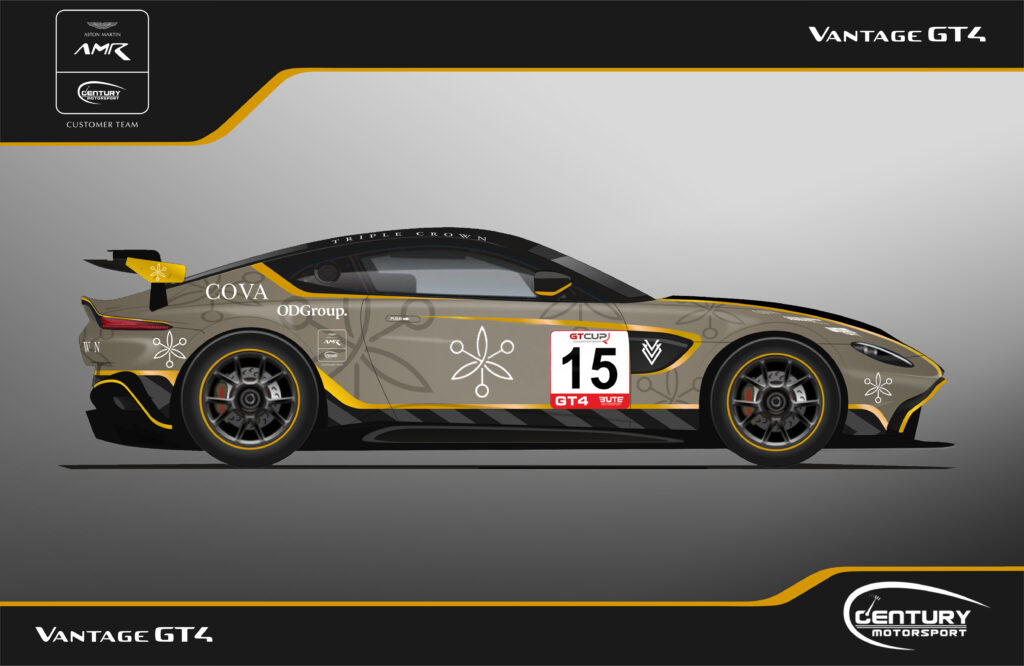 Century Motorsport are entering the 2021 GT Cup championship in a brand new GT4 spec Aston Martin Vantage, with David Holloway and Adam Hatfield behind the wheel. It is great for the team to be racing a locally built car – the Aston Martin was built just a few miles down the road from Century’s […] 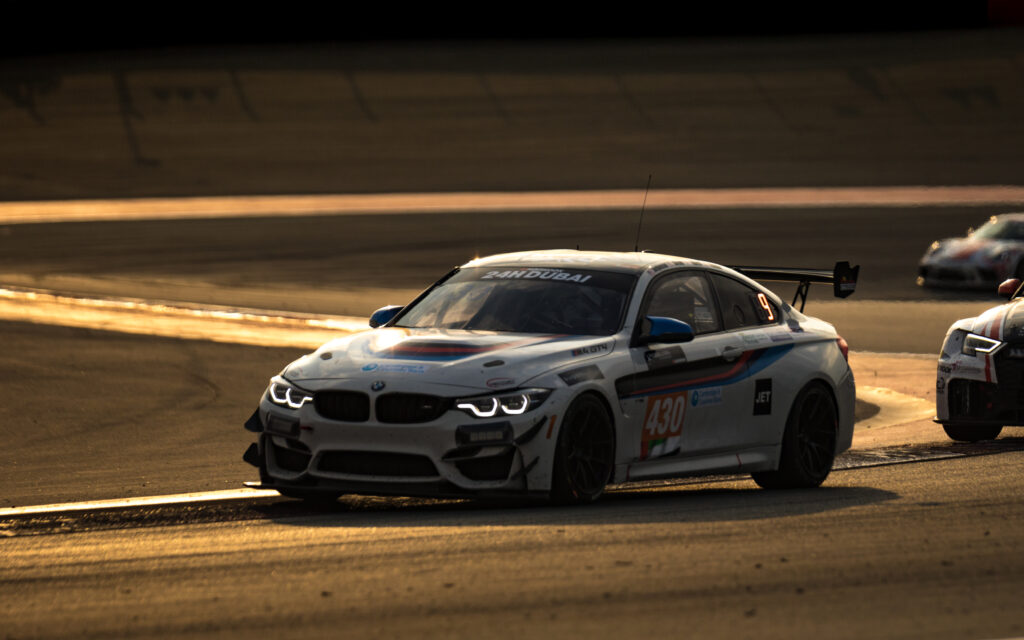 Century Motorsport have added not one but TWO twice-around-the-clock Creventic events to their 2021 race schedule. American endurance racers Daren Jorgensen, Brett Strom and Danny van Dongen will travel across the pond later this year to join forces with UK based team Century Motorsport for the 24H Portimau and 24H Barcelona in a BMW M4 […]

Stevenson and Kellett return to GT Cup with Century

After competing in the final four rounds of GT Cup with Century Motorsport in 2020, Alex Stevenson and James Kellett are making a return to finish off what they had started with the Fenny Compton based team. The duo will be racing in the Ginetta G55, which brought them much success last year and this […]

Dawes joins Century for a slice of SuperCup action

Henry Dawes, who operates a Domino’s Pizza franchise in Scotland, has made a commitment to Century Motorsport for a full season of the Ginetta GT4 SuperCup this year. Dawes has been racing since 2011, mainly in the VW Fun Cup but he has also had some outings in Britcar, Legends and GT Cup.  One of […] 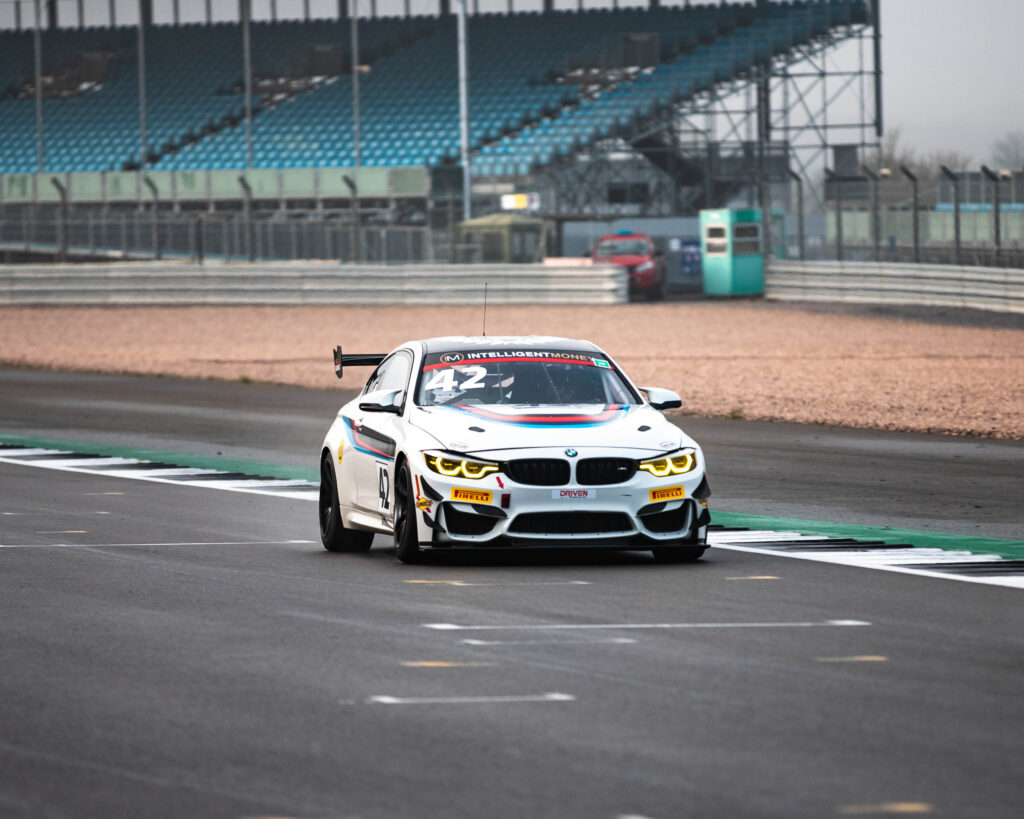 Gus Burton makes the step up to British GT after an incredible debut in the Ginetta GT4 SuperCup championship this year with Century Motorsport. Burton will be behind the wheel of Century’s BMW M4 GT4 complete with a new upgrade for the 2021 season. The Essex racer made his mark in this year’s Ginetta GT4 […] 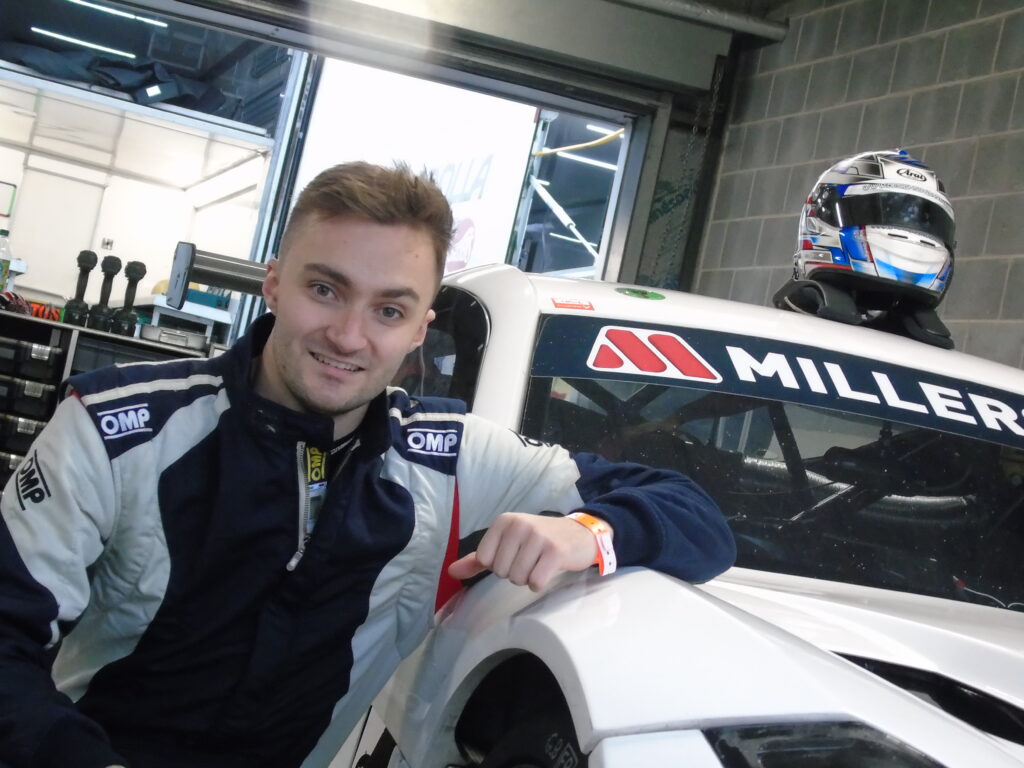 After another successful year competing in the Ginetta GT4 SuperCup, Century Motorsport are thrilled to announce their first driver signing for the one-make championship – 21-year-old Andy Spencer. Spencer, from Surrey, has had success in several karting championships, along with taking part in the Ginetta Junior Scholarship and most recently he competed in the MG […]

Following on from their recent announcement, Century Motorsport are pleased to confirm that they have signed their first driver for the brand-new-for-2021 Ginetta GT Pro Class: 17-year-old Blake Angliss from Coventry. Angliss joins the Fenny Compton based team, after six successful years of karting, having been introduced to the sport on his 11th birthday. Angliss […]