Century Motorsport will be heading into 2023 with two all new BMW M4 GT4’s. This year marked the 50 year anniversary of the BMW M division and started it off with the release of the M4 GT3, with Century being the only team in the UK to own and race one. Now they are upgrading both of the GT4’s to the sixth generation M4. 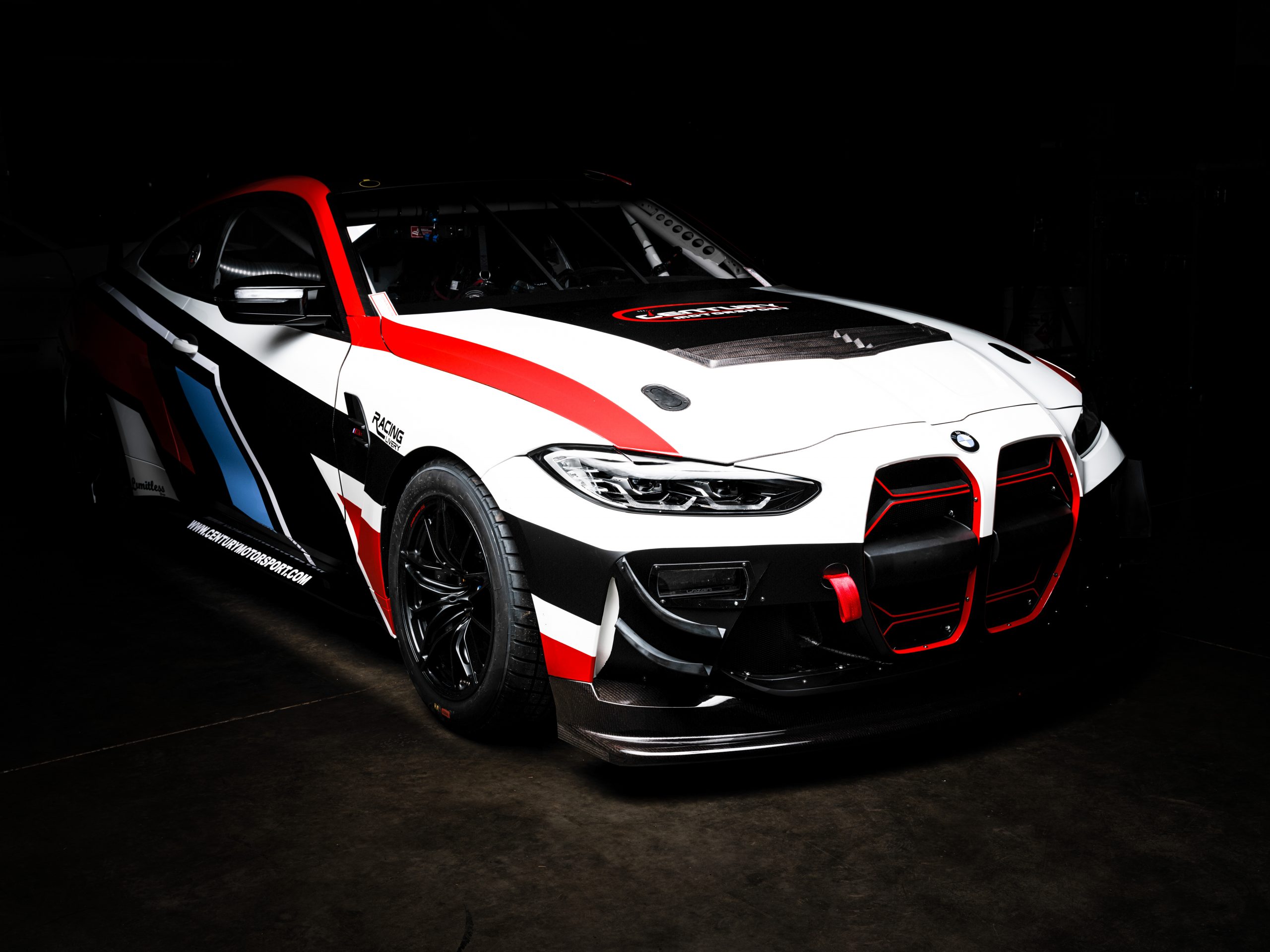 The car, which boasts the latest key technologies, combined with a range of components from its big brother the BMW M4 GT3, was developed to win races and titles. The inline-six engine can push out 543 bhp and 650 Newton-metres of torque, depending on regulations. Output is channelled to the rear axle with help from a ZF seven-speed automatic transmission and an LSD. Also included to enhance the customer experience, is the new M Track Cockpit. Making many vehicle settings and checks possible directly via the control elements, thereby minimising the more time-consuming connection to a laptop.

What’s more, the new model has several amenities you wouldn’t necessarily expect in a race car. There is air conditioning, heated windscreen and a ventilated Recaro seat all fitted as standard, much to the drivers’ delight. The steering wheel is another new welcome feature, created by Fanatec the sim racing experts, with illuminated controls.

Century are proud to have partnered with BMW Motorsport since 2018, when they first entered with the BMW M4 GT4’s into the British GT championship. Winning the teams championship in both 2018 and 2021, along with many podiums along the way, it’s been a successful pairing and one they are looking forward to continuing with these latest additions to the M4 family.

The new race car entered production in October, with Century already taking delivery of the first car, which is now off to Dubai for its first race in January. The second will be arriving in early 2023 with both entering the Intelligent Money British GT Championship 2023 season.

“It’s great to be extending our relationship further with BMW motorsport. They support has been second to none and we have become the ‘go to’ team in the U.K. to race BMW’s.

“It was an easy decision  to continue with the new car (G82) given the success we had with the current generation (F82). The new generation looks to be a real game changer and now we have seen it and worked on it in the flesh we are super excited to hit the track and get going with it. Its first outing will be in Dubai where we will be looking for a good result. We will collect our second in February where we will start our extensive U.K. test programme.”
PrevPrevious